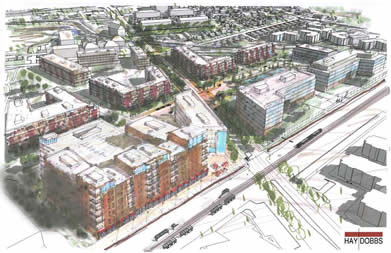 Since 2005 the City of Hopkins has been working in partnership with Hennepin County, Hopkins School District, and other stakeholders to form a collaborative to address community concerns in the Blake Road Corridor. A lot of progress has been made, including youth summer programming, increased police presence, the creation of multiple Neighborhood Watch groups and the adoption of the Blake Road Corridor Small Area Plan.

The Blake Road Corridor Collaborative (BRCC) is a partnership of governmental and community organizations working to address community concerns in the Blake Road area of Hopkins. In response to some of the social service recommendations from the 2005 Wilder Study, local agencies ResourceWest and InterCongregation Communities Association (ICA) have overseen additional community outreach and engagement in the Corridor. Local Initiatives Support Corporation (LISC) has provided funding for these efforts, including a staff position coordinating the collaborative and the development of a Community Action Plan unveiled in February 2010.

Other organizations involved in the BRCC include the City of Hopkins and the Hopkins Police Department. Since 2005, the Blake Road neighborhood and the BRCC have experienced a number of important successes, including the establishment of the Cottageville Park neighborhood garden, increased participation of Blake Road youth in after-school programming coordinated by the Hopkins Public School District Community Education Department, and many neighborhood improvements including the addition of sidewalks along the east side of Blake Road North.

The Stakeholder Collaborative raised enough money to fund increased police patrols, youth summer programming, and an extensive community assessment carried out by the Wilder Foundation. The goals of the assessment were to clarify community concerns, identify long-term solutions for those concerns, and inform a plan to engage and empower stakeholders. Completed in April 2008, the assessment utilized interviews with residents, an online survey, focus groups and other research tools.

All of these efforts were important steps toward stabilizing the community in the short-run, and the Wilder Foundation Community Assessment has now provided the City with guidance on how to support and bolster those efforts so that community improvements continue and are maintained.

The Cottageville Park expansion project, a joint partnership between Hopkins and Minnehaha Creek Watershed District, was recognized by the Humphrey School of Public Affairs with one of its 2014 Innovation Awards.

In August 2010, The National League of Cities (NLC) announced that the City of Hopkins was a finalist for the 2010 Awards for Municipal Excellence. The Awards for Municipal Excellence recognize cities and towns for outstanding programs that improve the quality of life in America’s communities. Hopkins was chosen for the Blake Road Corridor project. 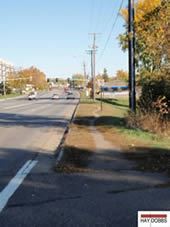 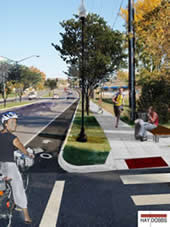